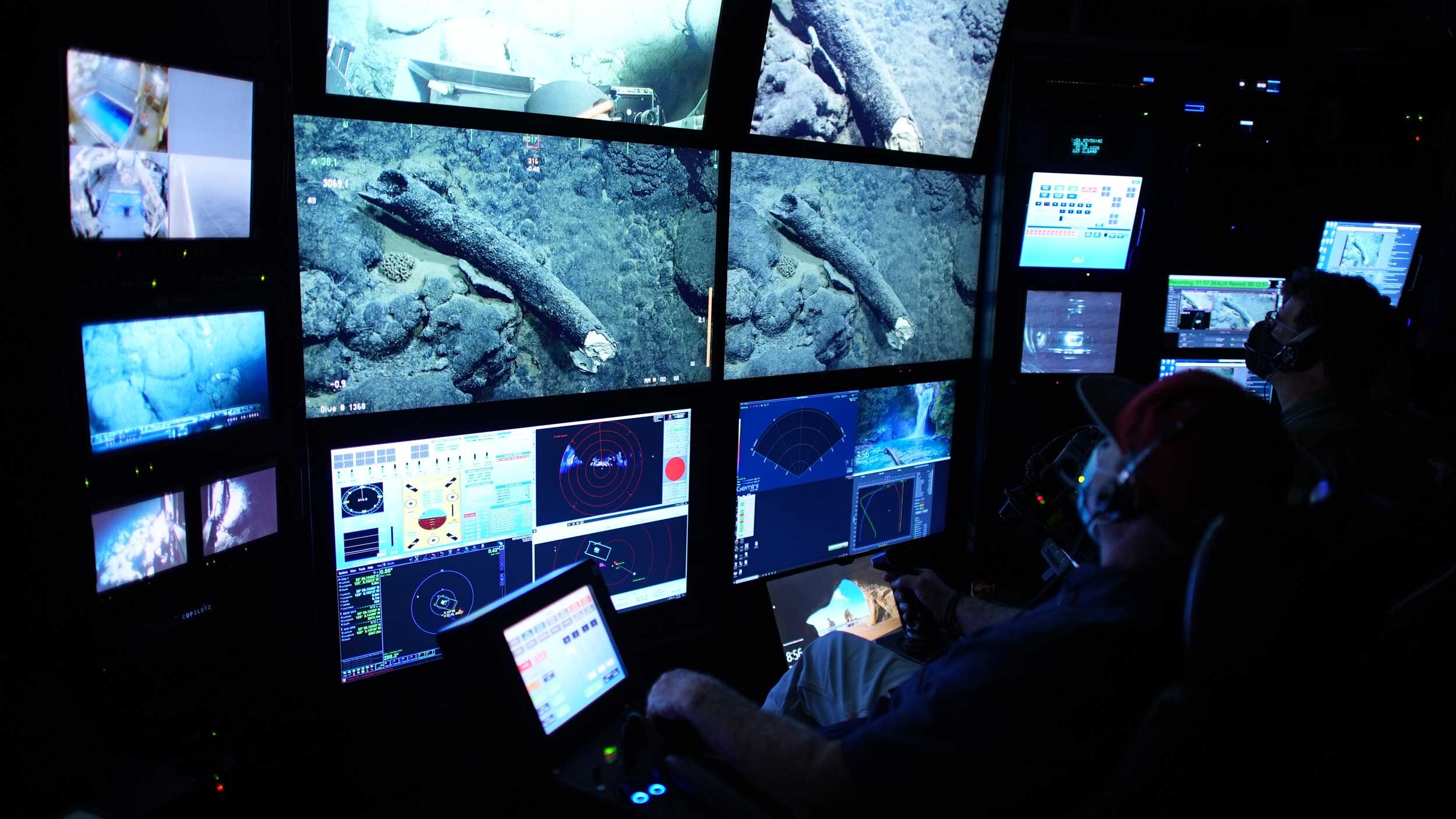 The dark depths of the ocean contain many secrets. For more than three decades, the Monterey Bay Aquarium Research Institute has been exploring the deep waters off the coast of central California.

During an expedition aboard the R/V Western Flyer in 2019, MBARI remote pilot Randy Prickett and scientist Stephen Haddock made a strange observation.

While exploring a seamount located 300 kilometers (185 miles) off the coast of California and 3,070 meters (10,000 feet) deep, the team discovered what looked like elephant tusks. MBARI was only able to collect a small piece at the time, and returned in July 2021 to retrieve the full sample.

The researchers confirmed that the tusk – about one meter long (just over three feet) – was that of the Colombian mammoth (Mammuthus columbi). The cold, high-pressure environment in the deep sea uniquely preserved the tusk, giving researchers the opportunity to study it in more detail. A CT scan will reveal the complete 3D internal structure of the canines and more information about the animal’s history, such as its age.

The team believes it could be the oldest well-preserved giant tusk recovered from this region of North America. The researchers hope to sequence ancient DNA included in the sample, which could provide valuable insight into how mammoths colonized North America.

“You start to ‘expect the unexpected’ when exploring the deep sea, but I’m still amazed that we came across an ancient mammoth tusk,” Haddock said. oceanographers, paleontologists from the University of California, and paleontologists at the University of Michigan. Our work on examining this exciting discovery has just begun and we look forward to sharing more information in the future.”

“Finding a giant tusk in the depths of the Pacific Ocean is a big surprise. The conservation environment of this deep-sea specimen is unlike anything we’ve seen almost anywhere else,” said University of Michigan paleontologist Daniel Fisher, who specializes in the study of mammoths and mastodons.

Fisher and colleagues at UM will use their knowledge of the structure and composition of mammoth tusks to analyze CT scans of the specimen. Other members of the UM Paleontological Museum team are Adam Rowntree, Michael Cherny, Ethan Shirley, and Scott Bild.

A team of researchers from the Department of Earth and Planetary Sciences at the University of California, Santa Cruz, will examine when and how canines reached the deep sea. Terence Blackburn, a temporal geologist, will study the mineral crusts on the tusk to determine when it descended to the deep sea floor, while Christopher Edwards and Patrick Drake will examine oceanographic currents to better determine where the tusk was originally. Katie Moon and Pete Shapiro of the Laboratory of Paleogenetics and the UC Santa Cruz Genomics Institute at UCSC will extract DNA from tusks and sequence them to learn about their lineage and evolution of North American mammoths.

The ocean represents 99% of the area where life could exist on this planet and yet we still know very little about it. As interest grows in exploiting the deep sea by prospecting for precious minerals – with the potential to put many marine animals in harm’s way – this surprising discovery, hidden on the sea floor for eons, is a fragile reminder of the many remaining mysteries worth exploring. protect us.