Nigeria’s legendary thrift collector who lived for almost a century 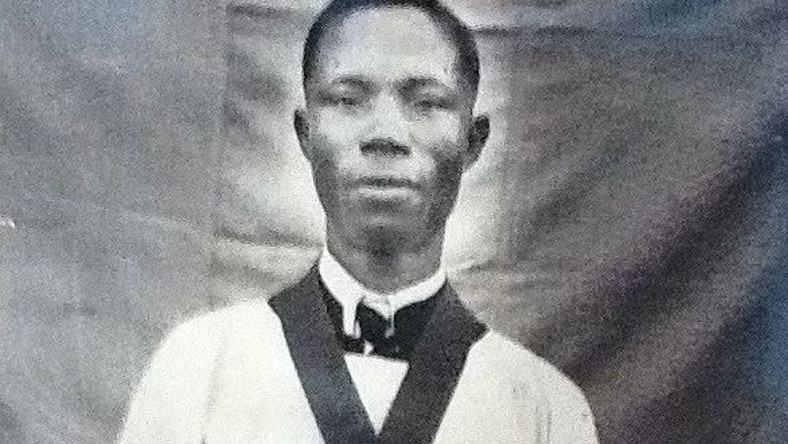 Before the advent of fintech companies and unicorn banks, people were flooding their savings with thrift collectors. One of them emerged in Lagos and the areas that now make up southwestern Nigeria: Taiwo Olunaike Alphaeus.

But this name may not ring a bell until one says “Alajọ Ṣomolu”, which literally means thrift collector in omolu.

He had no computer knowledge, nor did he talk about using the balance sheet or running an Excel file, but he was good at counting and keeping money.

His fame embodies honesty, sincerity and the true spirit of Nigerian industry.

This explains why his name has been likened to success and wit in the song “Alajọ Ṣomolu” by Afrobeat singer Olawale Ashimi popularly known as Primo.

Born on September 16, 1915 in Isonyin, a small town eight kilometers from Ijebu-Ode in the state of Ogun, Alphaeus, also known as Sir Alphaeus, was one of the surviving duo of triple birth at a time when multiple births were taboo because they were so . It is believed that it brings misfortune to the earth.

One of the triplets was sacrificed to the gods and another died in infancy. Their father died three years after they were born.

Baby Taiwo’s close shave and infanticide were rewarded with longevity as he lived for 96 years. Born a year after Britain merged the northern and southern protectorates of Nigeria, he marked the country’s independence 45 years later and the 50th anniversary of its independence in 2010.

If his name is mistaken for a myth or legend, it is because it is associated with many wise sayings and anecdotes.

At the age of twelve, Sir Alfaus moved to Lagos in 1927 where he attended first at St John’s School, Aroloya, and then at Christchurch Cathedral School, where he obtained his first graduate certificate from the school in 1934.

Two years later in 1936, he took up the apprenticeship role under the guidance of a lively tailor named Rogai. He spent nine years under Rojay’s tutelage.

In 1950, he followed his uncle on a business trip to Cameroon. There, he learned the ropes of thrift-collecting from his Cameroonian neighbor.

Private type of microfinance banking has become popular with Sir Alphaeus and is a long standing practice in many Nigerian communities and markets where clients contribute daily, weekly or monthly pre-determined amounts to the thrift collector. The collector takes the first contribution as its own fee. The work is called ajọ in Yoruba, esusu in Igbo and akawo/adashe in Hausa.

After four years in Cameroon, Sir Alphaeus was ready to take his trade back to his home country of Nigeria. he is is back to Lagos to start his own thrift-collecting business called Popular Daily Alajọ Ṣomolu. Not only did he maintain individuals’ savings, but he also offered loans to those whom he considered to have proven their integrity.

But it wasn’t just for the integrity of his actions that Alajo Somolu became legendary. Sir Alphaus trained at a time when the computer or calculator was unknown, at least in the area, he stood out for his sharpness of mind. He can recall transactions, their dates and details without referring to any documents.

This unique trait made him well liked by people, many of whom were amazed at his gift.

This gave importance to the aphorism used by the Yoruba in extolling the virtues of wisdom and intelligence in a person; “Ori ẹ pe bii ti Alajọ Ṣomolu, to fodidi ọọdun meta gbajo lai ko oruko ẹni kankan silẹ, ti ko si ṣowo san fenikeni” (meaning: You are as smart as Alajọ Ṣomolu, who collected savings for three years, without writing a single name, and did not makes one mistake in repaying his clients)!

At first, clients approached him with skepticism, but all of that soon changed after many of the wills of his photographic memory gained traction. Those who dared to argue about his flawless memories of statistical details were stunned when he opened his record.

It was a mobile bank, an ATM kiosk, a checkbook – all in one. His brain worked like a cloud.

Trust and integrity are the capital of the business he runs, and Sir Alphauss has epitomized integrity. This attracted many clients to him who trusted, loved and respected him, which made him make a breakthrough.

In fact, legends I suggested Sir Alpha not only repaid the subscribers the exact amount they were owed, but also the notes and coins they had contributed.

This has stunned them and has become the number one choice for mobile banking for many traders in Sangross, Mile 12, Baba Olosha, Ojuwoye, Awolowo, Oyingbo, Olaleye and Shomolu markets, all in Lagos.

At one point, after one of his cars showed signs of wear and was no longer cost-effective for used fundraising trips, he sold the car and bought a rally bike. The bike gave him more distance to reach hitherto inaccessible areas.

This once again earned him another star in the hearts of the people as they read that this meant that he was an economically skilled businessman. This law was passed as an additional advertisement for his business.

Even with his age, his love for his trade and the people’s trust in him did not wane. He continued to act until 2010 when he was 95 years old.

PREMIUM TIMES made repeated but ultimately futile efforts to interview one of Sir Alpha’s daughters.

Even after his sons pressured him to retire, people continued to do so crowding his house to deposit their daily contributions. This time he no longer goes to them, they came to him. He has earned their trust.

As he served his clients, so did his Lord. He was a regular reader and treasurer for the 30 years at the Omulo Anglican Church he attended.

Although he lived a simple life, it was good in itself. He built his first house at No. 10, Odunukan Street in Ijesa, after which he sold it to the Ministry of Deep Life. He built another house in Olorunkemi, Owotutu District, Bariga, Lagos.

There, he lived his last days. He died on August 11, 2012, and was buried a month later in Nigeria Church Cathedral, Eswinen, Ijebu in Ogun State.

The hero deserves a wreath

In a country like Nigeria bereft of true national heroes, Sir Alvius clearly suits everyone, said Toyen Falula, professor of Nigerian history at the University of Texas, Austin.

At a time when get-rich-quick syndrome was troublesome, said Mr. Fallola, the life story of Sir Alphaeus deserved to be told to teach younger generations the virtues of honesty.

The Don wrote shortly after Sir Alfaus’ death in 2012: “This underscores the apparent drift and shift in our system of values ​​as a nation which now prefers to decorate undeserving citizens with national colors over honoring true heroes.”

What we need is to break it down and find a way to present the solution. Education may not teach it, but nature does as it did for Olonaike, the famous Baba Alago Omolo, who sold his bus to buy a bike, not because he was interested in cycling or preparing for the Olympics, but for him to get into the distance. That those who have cars and a great education may never make it. Such a story deserves our attention as a nation. And for me, such a man deserves the place of a national hero.”

It wouldn’t be out of place if a man like Olunaike, who is hugely popular, was sought out and given national recognition for his pioneering efforts and widely acclaimed industry.

Sir Alphaus escaped death at birth, lived to be nearly a hundred years old and left behind a name that will never die.

Support PREMIUM TIMES that is honest and credible

Good press costs a lot of money. However, only good journalism can guarantee the possibility of a good society, an accountable democracy, and a transparent government.

For continued free access to the best investigative journalism in the country, we ask that you consider offering modest support to this noble endeavour.

By contributing to PREMIUM TIMES, you are helping to maintain relevant journalism and ensure that it remains free and available to all.

THey Shall Not Grow Old is the title Peter Jackson gave to his first documentary,…