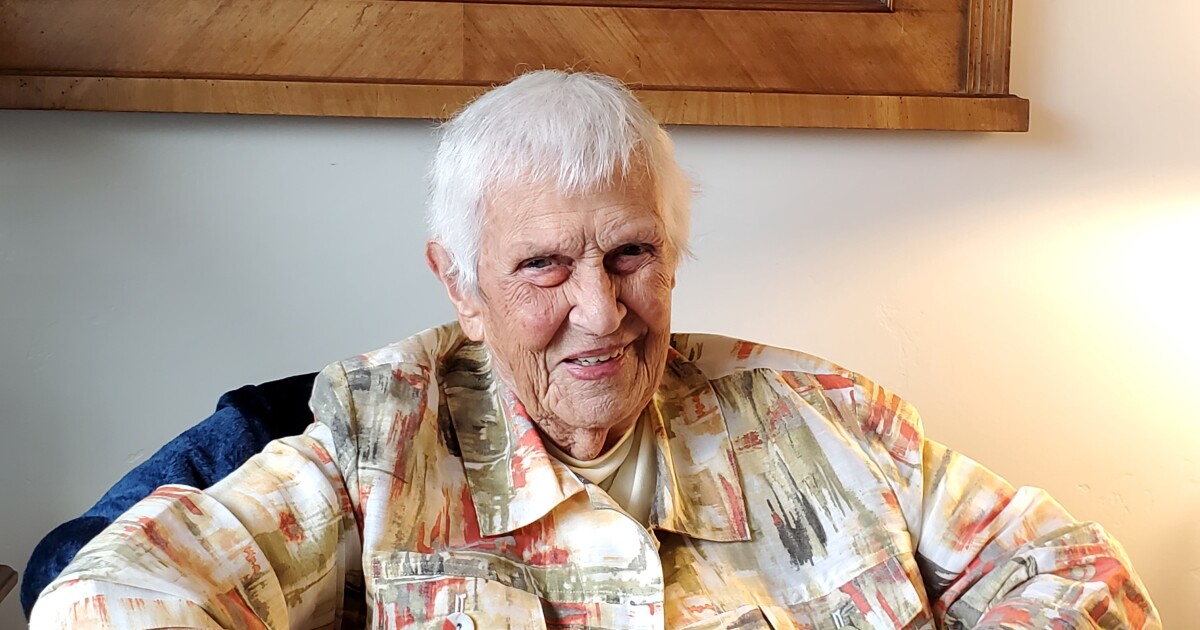 Marthabel “Marty” Eisel, a La Jolla perennial, has spent most of her life traveling. I explored the country by land, air and sea (a well, a river).

From her travels, the White Sands resident was exposed to different types of people and cultures and learned that diversity really is the spice of life.

“You have to appreciate the differences in people,” Eisel said. “I don’t like to think that the way we do things is the only way they can be done. If we open our eyes, we can learn a lot of alternative ways of doing things. That’s the important part of anyone’s experience, to know how someone else does something.”

Born and raised in Kent, Ohio, Ezel moved to Akron, Ohio with her family after the Depression.

She attended the University of Akron and graduated with a degree in Sociology. “At the time, I thought I wanted to become a nurse, but there were so many nurses that the school wouldn’t start more nursing classes. I decided the second best thing was sociology, which I never regretted.”

After being a Girl Scout as a child, she worked for the organization as an adult and moved to Providence, RI, and became the area’s executive director, where she ran Girl Scout camps.

In 1947, she married Griffith Eisel and the two moved to Illinois, where they lived “for a long time” until their divorce. The couple had four children: Susan, Cathy, John and Griff.

In the years since, Ezel—often with her best friend Ally Aoki (now deceased)—has been boating up and down the Mississippi River, driving a road house up and down the West Coast and flying in several airships.

“I had a brother-in-law who worked at Goodyear, who recently decided that blimps were a good way to advertise,” Eisel said. “So I had several members of my family who were balloon saws. …this became a common thing for us to do. It was a very interesting part of my life. It was educational and influenced where my brothers would move to. My sister and her husband lived in Germany to study their balloon before Wars. It was an interesting time.”

Before moving to La Jolla 40 years ago, Eisel and Oki scoured the country in search of a place to settle.

While they searched for a new home, Okie bought a boat and the two sailed the Mississippi River. “At that time, there were a lot of pirates on the Mississippi, and we were warned to be careful because they wouldn’t think of anything to climb on board, take whatever you had, and if you gave them any trouble, you wouldn’t be around,” Eisel said. Very keen on what we picked up and who we spent time with.”

Since I hadn’t seen much of the world outside of the Midwest as a young man, “My intention was to see as much as I could…as much as I could. Luckily, I had friends who loved to travel, so it worked.”

She and Aoki eventually decided to live in La Jolla and moved to the Soledad Mountain area in the 1980s.

“We loved the coast, and we drove back and forth [Western] “It overlooks the coast, looks out over different cities and so on,” Eisel said. “I had some requirements: I had to be able to get on a plane and get back to Chicago when I needed to, and we had to love the weather. When we found [La Jolla]It was a good place.”

Eisel moved to White Sands seven years ago. “I love the diversity of people you meet here,” she said. “I’ve lived in places where I eat with the same people every day, and pretty soon you know everything about them. Here, there are tables for two, four or eight, so I can meet new people all the time. The variety is amazing and the most beautiful thing here.”

Her home is decorated with treasures from her travels and family photos. In addition to her four children, Eisel has eight grandchildren, six great-grandchildren and one on the way, most of whom will be attending her 100th birthday celebration Friday, November 19 at La Jolla Church.

Ezel said she appreciates that her children are “all different but there are similarities there” and that they also love to travel.

Daughter Susan noted, “People used to say to my mom, ‘Your children are so different,’ and she would reply, ‘From each other or from anyone else? “

When asked about the secret to her longevity, Eisel said her children laugh about it because she attributes it to “good alcohol, good friends and a sense of humor,” as well as good genes. “I’ve had an interesting life,” she added with a smile, “I’ll change it in a few places, but not in much.”

La Jolla Centenarians is an episodic series in the light. If you know La Jollan is at least 100 years old or about to turn 100, email robert.vardon@lajollalight.com. ◆