Opinion | Tom Morello: When I Unplugged, I Connected With the Truth. 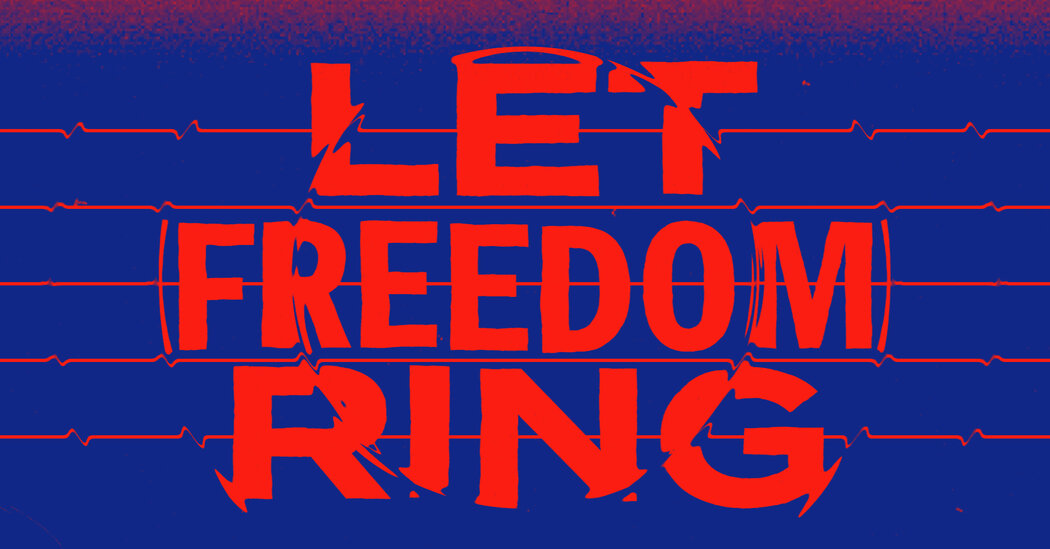 It was 2001 and I was walking around the arenas playing rock ‘n’ roll rocking the rooftops with my band, Audioslave. It was an absolute blast.

Then, one evening in Hollywood, I saw a kid performing at the talent show at the House of Covenant, a homeless teen shelter. His acoustic guitar was out of tune, and his voice trembled, but it was playing as if the soul of everyone in the room was at stake.

I have always been attracted to heavy music. After that kid’s performance, I realized that an acoustic guitar and the right double-syllable could be as heavy as anything in the Metallica catalog. When I started my solo vocal career as The Nightwatchman, I was inspired by that kid, as Dylan in Newport in reverse. I removed the electric guitar and picked up the sound in defiance of common sense and commerce. Many of my fans were angry. Shout out more guitar solos, and a few more milk-chocolate-rich baritones!

I kept at it. On holiday nights from the swing yards, I’d pop into the local open mic night, and with a latte machine hum in the background, I’d play my vocals with the emotional intensity of the shaman’s sweat.

I found great liberation in playing folk music. The title of my first Night Watchman album, “One Man Revolution,” described the artistic catharsis I felt. Far from the constraints of being in a big rock band, I could pick up my guitar and be on the front lines of any protest or rally.

Until this vocal revamp, I expressed myself with big songs and crazy singles up to 11. In these Nightwatchman songs, I started to discover who I really was as an artist. There were some political diatribes mixed with poetic evasiveness such as “Let Freedom Ring”:

But what basically spilled out was rumination of the dark existence, a purification, or at least arguing with demons that I was not familiar with.

In songs like “The Garden of Gethsemane,” these questions followed in the shadows. “If you swallow a coin at the bottom of a well, will your dreams come true in Heaven? Or Hell?”

Advertisements
The Garden of Gethsemane By Tom Morello: The Night Ranger

For every fragrant scent that rose from certainty, how many hundreds of thorns of doubt? The four Night Watchman recordings were revelations, perhaps the most honest expression of self in my catalog.

They deliver on the promise that every artist must cross their heart and cut – to tell the truth. In front of 10 or 10 thousand, in countless protests and gatherings, I have never felt more connected and understood than when playing these songs, unburdened by the gilded trappings of rock stars.

These songs enabled me, perhaps for the first time, to peek into my soul, and find that it may be haunted. On the surface, I was the kind, reliable and cheerful rocker I was. As I pick up my acoustic guitar, I tap into the deep vein of Jungian “shadow,” the darkened and oppressed sides of my character that closely approximate Edward Van Halen’s Edgar Allan Poe.

When I played, it was as if the soul of everyone in the room was at stake.

At my best, I support the voices of rank-and-file fighters for social justice and the morale-lifting of those who demand a better world. Because at this juncture, friends and comrades, we need all hands on board.

Join the fight. Face injustice wherever it rears its ugly head: in your home, in your school, in your workplace, in your country. Dream big and don’t settle down. Target the world you really want without compromise or apology. Find courage, help others find their courage, to form a more humane, just and peaceful planet.

The people who changed the world in progressive, radical, or even revolutionary ways had no more money, strength, courage, intelligence, influence, or creativity than anyone reading this. The world is changed by ordinary, ordinary people who have had enough and are willing to do something about it.

I’ll be there me and my guitar with them.

Next month I will speak at a virtual event about the role of music in protest movements. I’m going to talk about the music that defines our charged time, and we want to know what you put on that soundtrack. Recommend a song here And we’ll create that sound together. I will discuss the readers’ nominations at this event.